APAICS is pleased to announce the Asian Pacific American Institute for Congressional Studies (APAICS) Fellows who are working on Capitol Hill beginning this week, and congratulates them on their achievement. The APAICS Fellowship program offers full-time legislative and public policy fellowships in Washington, D.C., providing exceptional graduates and young professionals with an opportunity to work on policy issues as staff members of a congressional office. The program aims to build leadership skills, encourage political civic engagement, and foster a strong interest in public service careers. The Congressional Fellowship Program is for the purpose of connecting talented Asian American students throughout the country to professional opportunities in Washington, D.C. It boasts a diverse and highly talented group of individuals that aim to enlighten congressional officials on the Asian American community and policy in the United States. 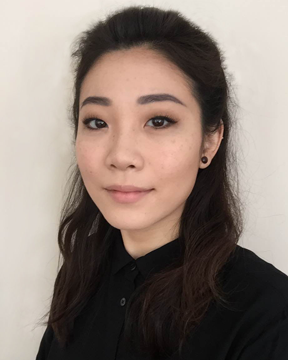 Anna Byon
Office of Representative Mark Takano
Education and Labor Fellow
Anna is an aspiring public servant committed to educational equity and justice. In her prior work and research background, she found that research and policy can often operate devoid of an intent for equity, thus leaving opportunities to reinforce educational injustice. Consequently, she hopes to direct her career towards creating supportive structures and advocating for equitable schools, and she is honored and excited to serve as the APAICS Education & Labor Fellow in the Office of Representative Mark Takano.
Prior to the APAICS Fellowship, Anna specialized in the crosswalk of policy, research, and community organizing to promote systemic educational change as a research assistant for the Annenberg Institute for School Reform. She conducted evaluation work to guide a growing area of youth voice, leadership, and organizing support for youth organizations and school districts across New England, and acted as a liaison between data and policy and their practical application in the AISR’s parent education organizing and capacity-building work in Pittsburgh, PA. Grounded by an understanding of the importance of local communities in education reform, Anna now seeks to broaden her professional repertoire through Hill experience.
Anna recently graduated from Brown University with a M.A. in Urban Education Policy and a B.A. in Education Studies. 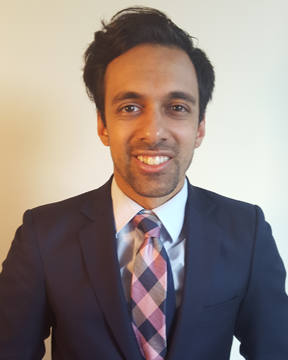 Saif Inam comes to the APAICS Fellowship with extensive Capitol Hill experience. He has interned in the House and Senate, in Washington, D.C. and the district office, as well as in an advocacy role off the Hill. Saif also worked as a legal intern at the Department of Interior.

Prior to becoming an APAICS Fellow, Saif worked with an organization that focused on the intersection of national security and civil rights. He worked on issues such as racial profiling, countering violent extremism, hate crimes, and anti-minority bigotry. Saif’s role included engaging Members of Congress and their staff on legislation, organizing briefings on various domestic and foreign policy issues for the Capitol Hill community, and creating memos and policy papers for policy-makers.
A native of Atlanta, Saif has a bachelor’s degree in Business Economics and Public Policy from The George Washington University (GWU) and a law degree from Georgia State University. 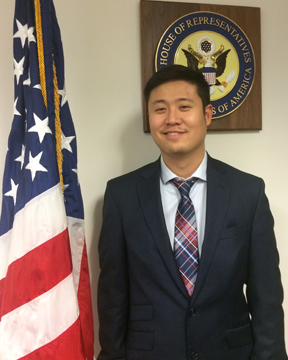 Howard Ou
Office of Representative Judy Chu, CAPAC
General Services Fellow
Howard Ou is honored to be joining the Office of Congresswoman Judy Chu, who represents the very first city in the United States Howard immigrated to from Taipei, Taiwan at the age of two – Alhambra, California.
Prior to becoming an APAICS fellow, Howard worked as a field representative for Congressman Scott Peters. In that capacity, Howard managed the AAPI, LGBT, Healthcare, Seniors Policy, International Relations, National Security (Cyber Security and Counter Human Trafficking), and Asian Pacific Foreign Affairs portfolios for the district. He was also responsible for Social Security, Department of Defense (Active Military), and Department of Justice congressional casework.
Howard is a Truman National Security Project Political Partner, recent graduate of the FBI Citizens Academy San Diego Chapter, and past California Democratic Party AAPI Field Organizer for the 2014 Congressional 52nd District Election. Howard was selected for the “Rising Star” award in 2015 by the Asian Pacific American Coalition, a non-profit with a mission to cultivate civic engagement to forward the voices of San Diego’s AAPI community. He previously served as Vice President for the National Association of Asian American Professionals San Diego Chapter, APAC Board Member, Asian Business Association Government Affairs Committee Member, and AAPI Democratic Club Board Member.
Howard is currently completing a Master of Science in Homeland Security from San Diego State University and holds a Bachelor of Science in Psychology from Alliant International University, California School of Professional Psychology, where he served as the Commencement Speaker and Student Government Co-Chair.

Tejeswara is committed to improving the lives of others through public service. He was born in India, grew up in Portland, Oregon and lived in India, China, and Greece. These experiences combined with his professional trajectory has enabled him to bring collaborative and cross-sectoral thinking to public policy problems.

After graduating college, he taught high school math and coached speech and debate through Teach for America in Phoenix, Arizona. After this service, Tejeswara received an appointment as a LEE Policy Fellow at the U.S. Department of Education in Washington D.C. Continuing on the track of public policy, he was selected as a Coro Fellow in Public Affairs in Los Angeles, California where, among other issues, he worked on conservation solutions to California’s drought problem.

Until November 2016, Tejeswara served as an APAICS Fellow in the office of Rep. Mike Honda.

As an Oregonian, Tejeswara is particularly excited to be placed with Senator Jeff Merkley and working on Budget, Appropriations, and Tax policies. Prior to his selection as an APAICS Fellow, he served as a Fulbright Teaching Fellow in Athens, Greece.

A proud Bearcat, he earned his B.A. in Economics and Politics from Willamette University and his M.Ed. from Arizona State University. In his spare time, Tejeswara enjoys photography, traveling, theater, and being inspired by Langston Hughes. 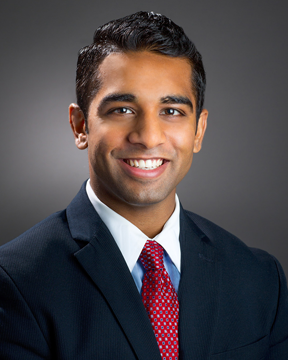 Adi Sathi
Office of Senator Orrin Hatch
General Services Fellow
After completing both his Bachelor’s and Master’s degrees at the University of Michigan, Adi was elected in February 2015 as a statewide Vice Chair of the Michigan Republican Party at the age of 24. For his work in this role, he was recognized on Newsmax’s list of 30 Most Influential Republicans 30 and Under in January 2016.
Over the last six years, Adi has managed, consulted on, and volunteered for numerous successful political campaigns at the local, state, and federal level. As a student, he was elected to serve as the Executive Director of the Association of Big Ten Students, an organization that consists of the 14 Big Ten schools from 11 different states and represents over 540,000 students. For his work in this role, he was invited to the 2013 White House Youth Summit and recognized by Red Alert Politics on their 2014 ’30 Under 30′ list. Most recently, Adi worked as the Deputy Executive Director of the Republican Hindu Coalition, a Washington, D.C. based nonprofit organization that advocates for the Indian American community within the Republican Party.
Adi is a 2016 Fellow in the Michigan Political Leadership Program through Michigan State University’s Institute of Public Policy and Social Research. In his free time, Adi enjoys cheering on Michigan sports teams, working out, and watching Netflix documentaries.

Thank you to our sponsors!

Apply to the Congressional Fellowship